After spending eighteen years working in a factory making ECUs (electronic control units) in Wisconsin, Deb O decided to go to Marquette University where she received her undergraduate degree in theatre design with a minor in studio art and art history. She then went on to receive her MFA in Theatre Design at Yale School of Drama. Deb O has also studied at the Jagiellonian University in Krakow, Poland and Copernicus University in Torun, Poland as a non-traditional student.

Her site-specific work has had rave reviews. She has worked with Falconworks, Quantum Theater, PopUp Theatrics, En Garde Arts, and Paper Canoe in such places like a bridge, on the streets of lower Manhattan, abandon warehouses, abandon grain factory, a parking garage, abandon gym, a bank, and a library to name a few.

Deb O is a member of the Wingspace design collective.  She teaches design at NYU’s Tisch — Playwrights Horizons Theater School. In the fall of 2016 she taught a site-specific class at University of Puget Sound. From 2014 -2016 she taught a collaboration class to the MFA directors at Brown University in Rhode Island. She has given master classes at Marquette, Fairmont University, Meredith College and the Met. In 2016 she was invited to USITT to speak about site-specific theater. Deb O is a recipient of Yale’s Jay and Rhonda Keene Award, has been featured twice at the Prague Quadrennial, and has received numerous American College Theater Festival Awards including Best Designer of the Year. In 2013 her site-specific piece in Red Hook, NY at an abandon grain factory’s was chosen as one of the 10 best theater productions in New York. She is also a member of the Union Scenic Artist Union Local 829. 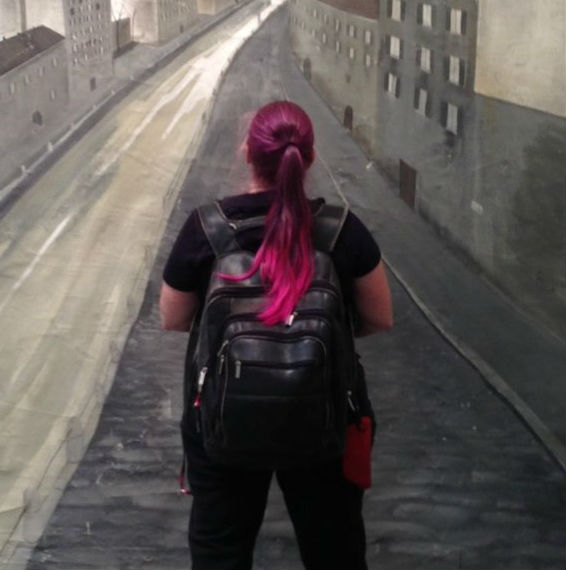