Storytelling and Prayer in Sunset Park

We had the first of our new series of Culture Days earlier this month. We spent Indigenous Peoples’ Day learning with elder Joan Henry, hearing a story that had previously never left the reservation and making Paho that we prayed over together. We are lucky to have Michael Blood de Gonzales working with us as an NYU Graduate Student Intern on this projet, and he wrote about his experience on that day for our blog! 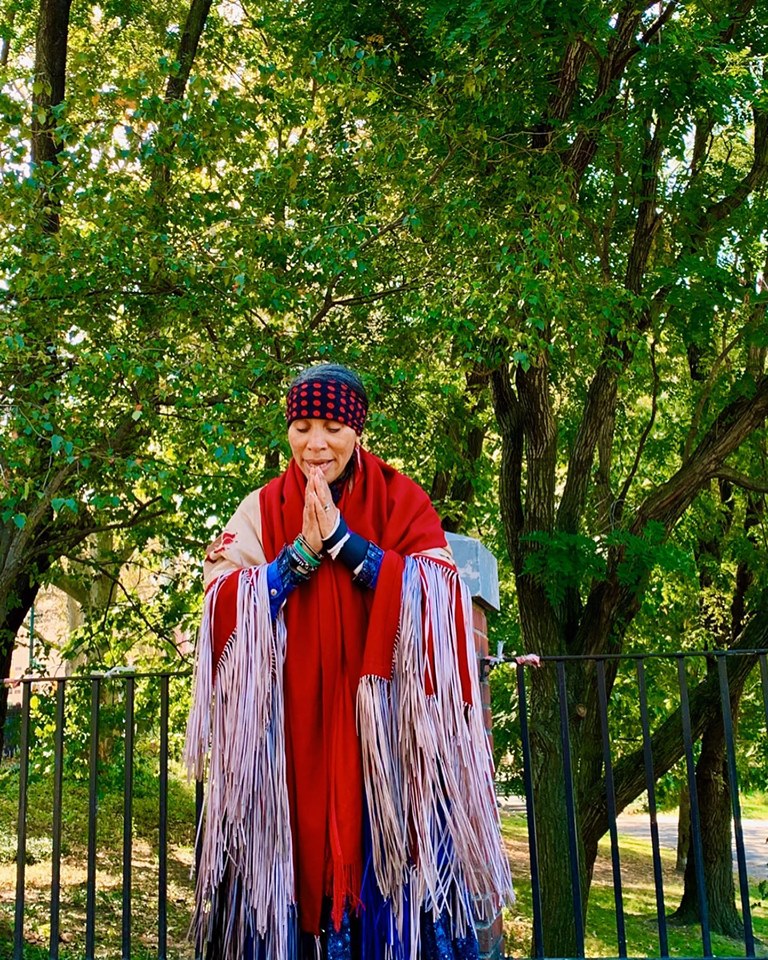 October 14 – The In[Heir]itance Project is working on a project for federal holidays to help introduce children to the unspoken histories that their days off can hide. For Indigenous Peoples’ Day, we worked with the Harlem JCC and the extremely talented and gracious Joan Henry to plan a day of story sharing and communal crafts.

Honoring the fact that we were on stolen Lenap

e land, we entered into the day prepared to discuss that fact. Filling the JCC’s main space with music by indigenous artists and gathering the materials to craft our own Paho (Hopi prayer sticks) later in the day, we discussed amongst ourselves how we would approach and introduce the topics of the day to our younger group in preparation for the day that Joan had ahead for us.

We led the children to the sukkah that members of the Harlem JCC had erected and ate lunch with them and their teachers. While Jon Adam Ross spoke with community members and shared a story about Honi ha-M’agel the Circlemaker and the carob tree, I had the privilege of leading the children and teachers in an ice-breaker game.

But after Joan arrived, she conducted all of us into a circle and began to break down the lineage of the land that we were on. She then led us through a story whose conclusion was the importance of listening to children. She indicated to us the deep need for attending to the needs and hopes of the coming generations of people. The beauty of having our story circle right next to a sukkah was one of the greatest parts of the day. The old man that Honi encounters during the carob tree story tries to impress upon him the importance of tending the land and cultivating it for generations of people that we in the course of our lives will not come to know.

The seriousness of the current climate crisis cannot be ignored, neither can the very real presence of young people in the debates surrounding it. Young people like Greta Thunberg (16), daughter of Rep. Ilhan Omar Isra Hirsi (16), water-activist Autumn Peltier (15), and Helena Gualinga (17) are demanding action and fighting for the rights of the oncoming generations to inherit an earth that isn’t falling apart.

Turning to the past with the stories of Honi and the young boy from Joan’s story reflects our present. When we returned to the JCC to wrap our wishes and prayers in yarn around the wood that Joan harvested herself from around her home, I couldn’t help but feel hopeful that in coming together we could begin to make real change. 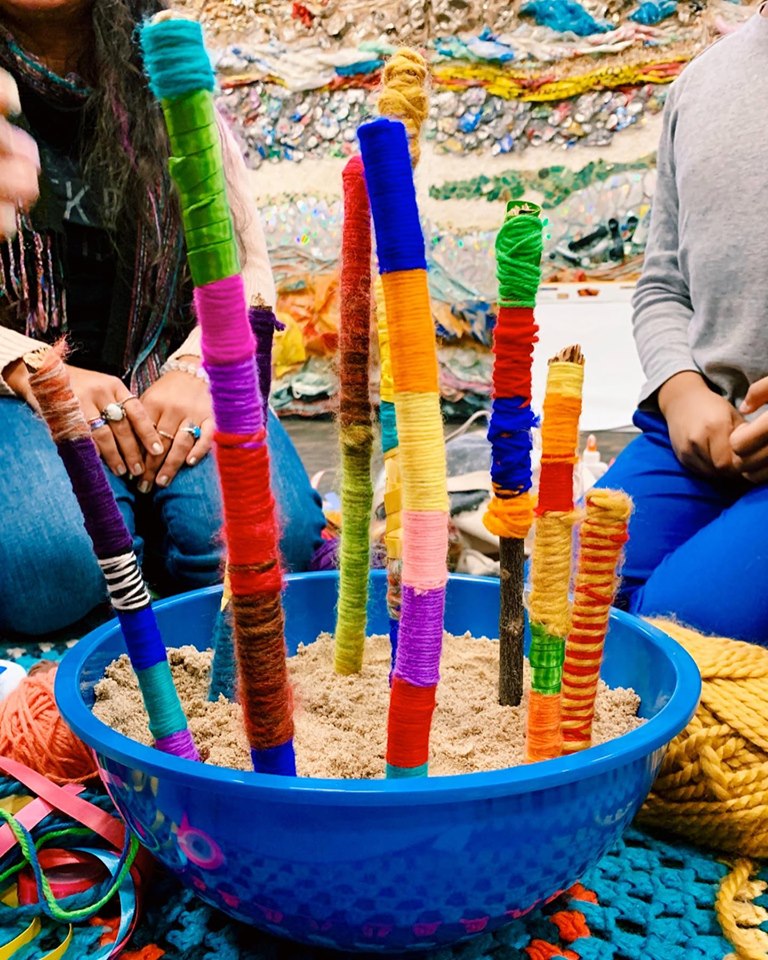